As the November 2012 Presidential election draws near, American voters are faced with many issues to deliberate and decisions to be made. Precisely 100 years ago, only American men were allowed to cast their votes for the next president. While women across the country would have to wait until 1921 to be considered eligible voters in national elections, women in Oregon were granted equal suffrage in state elections in November 1912, making this year’s election the Oregon women’s suffrage centennial. 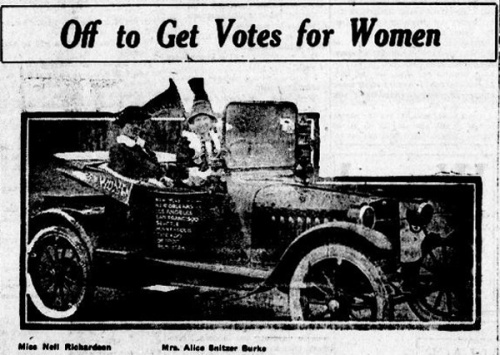 Duniway was born in Illinois and came to Oregon via the Oregon Trail with her family in 1852. After the long journey, she and her husband settled on a farm in Albany where she opened a millinery shop. As a female business owner, Duniway was frustrated that she was required to pay taxes, yet she was not allowed to vote. Additionally, she heard stories of abuse and disenfranchisement from many other women, and she decided to start campaigning for equal suffrage. Duniway moved her family to Portland in 1871, where she began to publish The New Northwest, advocating for women’s rights, human and workers’ rights, and equal suffrage. 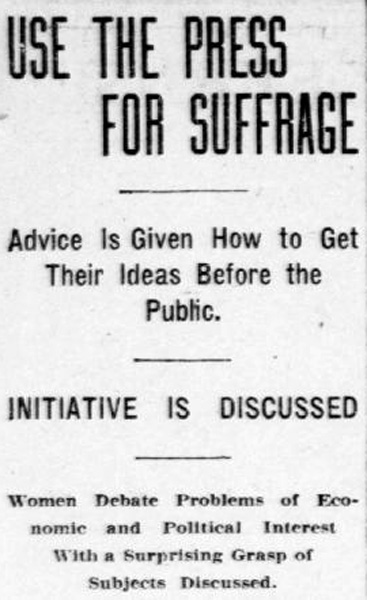 Duniway’s brother, Harvey Scott, was also in the newspaper industry, although he did no favors for his sister. Scott was the editor of the Portland Oregonian from 1866 to 1872, and he generally opposed Duniway’s stance on political, economic, and social issues. The siblings would argue back and forth through their respective newspapers, thus influencing their subscribers either for or against equal suffrage. If it had not been for Scott’s far-reaching editorials in the Oregonian, the issue of women’s suffrage in Oregon might have passed long before 1912.

After years of persistent lobbying and rallying support for equal suffrage across the state and all over the Pacific Northwest, Duniway finally saw her dream become reality. On November 5, 1912, the men of Oregon voted 52% in favor of granting Oregon women the right to vote. At the age of 78, Duniway authored and signed Oregon’s Equal Suffrage Proclamation on November 30, 1912, and she has since been known as “Oregon’s Mother of Equal Suffrage.”

As we cast our votes this year, let us remember that Duniway  and countless women in Oregon, the Pacific Northwest, and across the United States campaigned tirelessly to achieve the equal voting rights that we enjoy today.